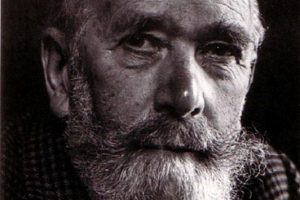 When my writer-father died in 1976, of leukaemia, it was the first death I had experienced within my close family. I had not been very close to either of my grandmothers, I had never even met my grandfathers. But I had been very close to my father, and missing him was like having a perpetual toothache gnawing away in the background. A priest friend of my brother’s, a woman, said quietly to me at his memorial service in St. Martin’s in the Fields:  “One thing I did find, losing my own father – I knew him a lot better a year after his death than I had really known him when he was alive.”

So I set about trying to piece together the fragments that were a clue to his life – letters my mother had hoarded, early autobiographical references in newspaper articles, even old cheque-stubs. He was most famous for his book about a family of children, The Innocent Voyage, also known as A High Wind in Jamaica. So I set myself the aim of looking at the child-watcher from the viewpoint of the watching child, writing under my maiden name Penelope Hughes. It was not a very good memoir, there was too much of myself and my own upbringing in the book, Richard Hughes, Author, Father (Alan Sutton, 1984).  But it was an idyllic childhood, an extraordinary tale of “benign neglect”. We were free from the age of only 11 or 12 to roam the Snowdonia hills and sail the estuary that lies between Ynys Llanfihangel and Porthmadog.